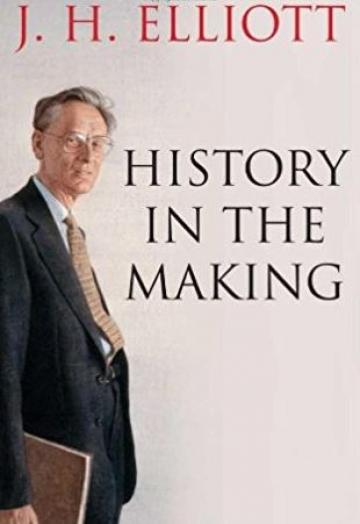 The first ever Premio Órdenes Españolas Award is being awarded to Regius Professor Emeritus of Modern History, Sir John Elliott. The Spanish Orders of Chivalry: Santiago, Calatrava, Alcántara and Montesa are honouring Sir John for his outstanding achievements in the field of Hispanic history and culture. The prize-giving will take place at the end of May at a special ceremony in El Escorial (Madrid).

The Órdenes Españolas Award, which is being given for the first time, is worth 60,000 euros and is an annual international prize open to distinguished historians of any nationality some part of whose work is related to Hispanic civilisation. Sir John was nominated by the History Faculty, University of Oxford, and the selection process for the award involved nominations from over 30 different universities.

Born in 1930, Sir John graduated in history at Trinity College Cambridge, where he is an Honorary Fellow. He held posts at Cambridge University, King’s College, London, and the Institute for Advanced Study, Princeton before moving to Oxford in 1990 to become Regius Professor of Modern History. He retired in 1997. His honorary doctorates include degrees from Cambridge, London, Brown, and several Spanish universities, and he is an Honorary Fellow of Oriel College and Lady Margaret Hall.

Sir John received the Prince of Asturias Award for Social Sciences in 1996, has been decorated by the Spanish government on numerous occasions and is a trustee of the Prado Museum. He was also winner of the Wolfson Prize and the Balzan Prize for early modern history, and was knighted for his services to history in 1994.