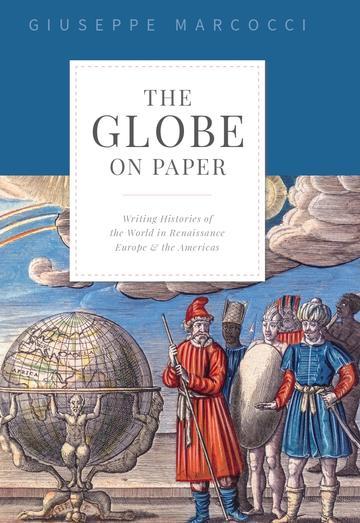 The age of exploration exposed the limits of available universal histories. Everyday interactions with cultures and societies across the globe brought to light a multiplicity of pasts which proved difficult to reconcile with an emerging sense of unity in the world. Among the first to address the questions posed by this challenge were a handful of Renaissance historians. On what basis could they narrate the history of hitherto unknown peoples? Why did the Bible and classical works say nothing about so many visible traces of ancient cultures? And how far was it possible to write histories of the world at a time of growing religious division in Europe and imperial rivalry around the world?

A study of the cross-fertilization of historical writing in the sixteenth and early seventeenth centuries, The Globe on Paper reconstructs a set of imaginative accounts worked out from Mexico to the Moluccas and Peru, and from the shops of Venetian printers to the rival courts of Spain and England. The pages of this book teem with humanists, librarians, missionaries, imperial officials, as well as forgers and indigenous chroniclers. Drawing on information gathered—or said to have been gathered—from eyewitness reports, interviews with local inhabitants, ancient codices, and material evidence, their global narratives testify to an unprecedented broadening of horizons which briefly flourished before succumbing to the forces of imperial and religious reaction.

Marcocci, G, The Globe on Paper, link to publisher website