After World War II, the British empire was criticised as unfair and exploitative by African nationalists, the USA, and the USSR. The British government responded with a programme of colonial development that included in 1948 creating new universities in African colonies including Nigeria, Ghana, and Uganda. Before there were no universities in these countries. These universities have been debated ever since.

Do you think universities in British colonial Africa brought development? Use these following sources about the university in Nigeria to support your judgement.

Source 1. A student at the new university in 1952 (below). The gown and hat that she is wearing is the same as those worn by British university students at the time. 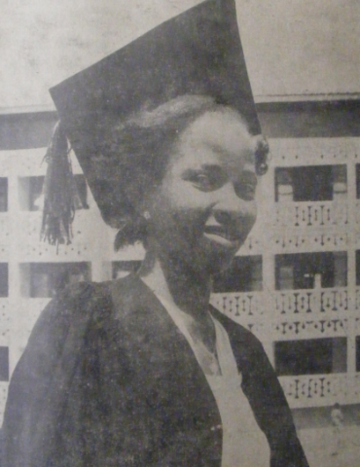 A student at the new university in 1952

Source 2. From an interview with Bimpe Aboyade. She went to study at the university in 1955, and was one of the first students. Here she remembers dancing when she was a student. She was interviewed in 2012.

We learned how to dance the British, formal dances like the waltz. Now, that is not popular. You won’t find students dancing waltz nowadays, but it was fun doing it at that time. And we danced to the local music too, highlife music. It was fun.

Source 3. Table showing the number of Nigerian lecturers at the university. Most of the ‘other lecturers’ were from Britain. Nigeria became an independent country in 1960.

Source 4. Nigerian students playing cricket at the university in 1948. 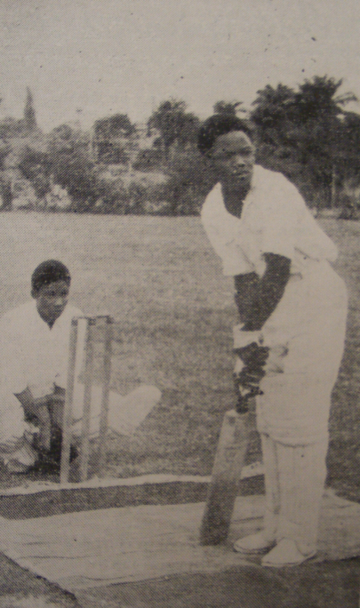 Nigerian students playing cricket at the university in 1948.

Source 5. From an interview with Ayo Banjo in 2012. He was one of the first Nigerian lecturers at the university:

Some people say that they regret that we were producing an elite which was removed from the country generally. One of the things that people complained about was that the original curriculum at the university was not addressed to the development of the country. I mean, fine writers were produced by the university. But there were no professional courses in business, accountancy, law, not here at all. The only professional course which developed at the university from the very beginning is medicine.

Source 6. A photograph of the university library, which was completed in 1954 (below). The buildings were mostly paid for by money from the British government. 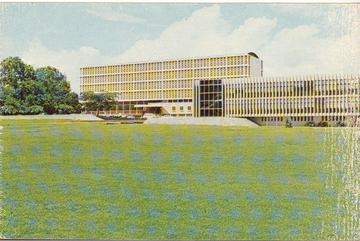 A photograph of the university library, which was completed in 1954

The university was founded in the Nigerian city of Ibadan in 1948. It is still celebrated as Nigeria’s first university. Before 1948, Nigerian students had to travel to universities abroad or take distance learning programmes if they wanted to study for a degree. There are more details about the university’s history here: https://www.ui.edu.ng/uihistory

These sources reflect different aspects of a genuine debate amongst historians about the impact of colonial universities. They have been selected to encourage debate amongst your students.

Notes on the sources:

Source 1 – This student is wearing a British-style university gown, which your students might see as evidence of British colonial influence on African students. On the other hand, she looks happy and proud. As one of the first students in Nigeria’s only university she was encountering exciting new opportunities.

Source 2 – The source shows how the students danced to what they saw as British styles of music, but also to local styles like highlife. You may wish to show your students part of the film ‘Three Roads To Tomorrow’, which includes footage of the university students dancing to highlife music: http://www.colonialfilm.org.uk/node/475

Source 3 – One of the problems with the university was that most lecturers were British as the transfer of power approached. Nevertheless, the number of Nigerian lecturers slowly increased.

Source 4 – Again, this source shows the influence of British culture at the university. Cricket was popular with some students.

Source 5 – This source highlights that the university did not have departments which would have been useful to economic development.

Source 6 – The university had impressive buildings, which some Nigerians saw as symbolising development. Observant students may comment on the issue of funding for the university.