There has not as yet been a major research project on the role of religion during the First World War, despite an increasing recognition of the significance of the subject. The particular feature of this proposal is the specific emphasis on the global dimension of religion and the intention to overcome artificial distinctions between European and non-European histories. The existence in Oxford of the Globalizing and Localizing the Great War research network provides a wider context in which 'global religion' is one of five planned thematic investigations in the timeframe 2014-2019. 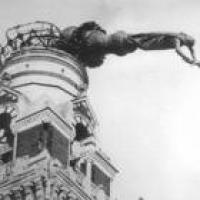 The objective of the research is to produce a genuinely transnational history of religion which will incorporate both the impact of the war on religious ideas and institutions and nuance consideration of the ways in which the war both influenced and was influenced by the religious beliefs and practices of millions of people from a range of religious traditions. The intention is to utilize comparative study to both explain commonalities of response to the multiple practical, intellectual and emotional challenges of modern industrial warfare to religious belief and practice whilst at the same time elucidating significant differences in response. In significant respects, war challenged all religions and forced radical adaptive responses, which drew on resources that were both generic to the phenomenon of religion as a whole and specific to different religions. The consequences of this have continued to resonate powerfully one hundred years after the event, in ways both dramatic and subtle, and continue to have important consequences in the early twenty-first century.

The major benefit of the research will be the dissemination of a new and important perspective on both the First World War and on modern religions amongst the international academic community, schools and the general public.