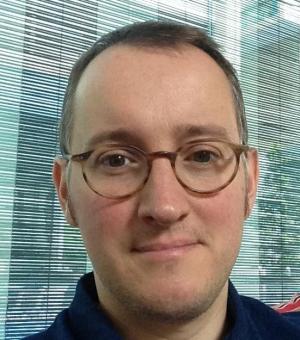 I work on the global history of religious encounter and conversion, particularly in the early modern period (1500-1800). However, I have recently completed a more general theoretical book about the nature of religious change and its relationship with politics across the whole of world history, Unearthly Powers: Religious and Political Change in World History (Cambridge 2019), while a companion volume will look at ruler conversions in Kongo, Hawaii, Japan and Thailand.  I first specialised in Sri Lankan history, as in my first monograph, Kingship and Conversion in Sixteenth Century Sri Lanka (2007), and articles on such themes as origin myths, source criticism, sacred kingship, and ethnic identity.

I teach both European and Global History as a Fellow at Brasenose College, and a Lecturer at St. John's College. I'm happy to consider DPhil supervision across a wide range of areas in the early modern world.

I work in the global history of religious encounter. I have recently completed a book drawing on anthropology and historical sociology to offer a new theoretical understanding of religion and its relationship with politics across premodern history: Unearthly Powers: Religious and Political Change in World History (Cambridge 2019), which was awarded the World History Association Bentley Book Prize for 2020. A companion volume will look at why the rulers of some societies converted to Christianity and others did not: Converting Kings: Kongo Hawaii, Thailand and Japan c. 1450-1850 (Cambridge, forthcoming).  Underlying both books is a large question: Why does the religious map of the world today look the way it does? Why, for example, did large stretches of Asia remain immune to monotheism? In two or three publications, I have also begun to extend this line of thinking to the expansion of Islam.

Much of my primary research has concerned those parts of the world that came into contact with European seaborne expansion in the early modern period c. 1500-1800. I first specialised in Sri Lankan history, as in my first monograph, Kingship and Conversion in Sixteenth Century Sri Lanka: Portuguese Imperialism in a Buddhist Land (Cambridge 2007), and articles on such themes as origin myths, source criticism, and the development of ethnic consciousness. More recently I have co-edited a book with Zoltan Biedermann ranging across all of Lankan history before 1850: Sri Lanka at the Crossroads of History (UCL Press, 2017): available free here http://www.ucl.ac.uk/ucl-press/browse-books/sri-lanka-at-the-crossroads-of-history. In the past ten years, however, my research has increasingly taken a comparative, inter-disciplinary and global approach. This is reflected in a  interdisciplinary volume of essays, co-edited with Azfar Moin, Sacred Kingship in World History: Between Immanence and Transcendence (Columbia University Press, 2022) .

Longer-term research projects now include a general overview of religion and state in the early modern world, and a global investigation of so-called apotheosis interpretations in moments of first encounter

Sacred Kingship in World History: Between Immanence and Transcendence (Columbia University Press, May 2022)

Sacred Kingship in World History: Between Immanence and Transcendence (Columbia University Press, May 2022)

Sacred kingship has been the core political form, in small-scale societies and in vast empires, for much of world history. This collaborative and interdisciplinary book recasts the relationship between religion and politics by exploring this institution in long-term and global comparative perspective.

Editors A. Azfar Moin and Alan Strathern present a theoretical framework for understanding sacred kingship, which leading scholars reflect on and respond to in a series of essays.

This chapter is placed at the end of this volume but it is not intended as a formal conclusion which responds directly to the other chapters. Instead, in common with the other contributions to the book, the discussion presented here arises out of my participation in the ‘Defining the Global Middle Ages’ project and my informal role within the project workshops as something like the resident early modernist.

'Sri Lanka, Behind the News: Sri Lanka’s clash of faiths’

‘Islamist Violence and the Role of Ideology’

‘Islamist Violence and the Role of Ideology’

Why are Buddhist monks attacking Muslims?'

Why are Buddhist monks attacking Muslims?'

‘Diary: A Report on Sri Lanka’

‘Diary: A Report on Sri Lanka’

I would like to hear from potential DPhil students regarding: