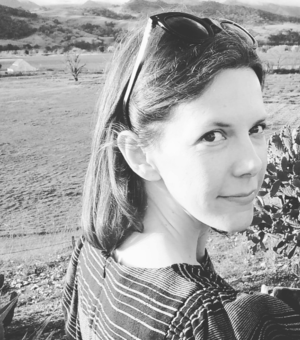 My research focuses on Elizabethan and early Stuart politics, sociability, material culture, and empire. My first book, 'The Making of an Imperial Polity: Civility and America in the Jacobean Metropolis' (Cambridge University Press, 2020), uses political discourse, literature, and objects to explore how colonial interests infused political culture and transformed ideas of civil refinement in early seventeenth-century London. It has recently been shortlisted for the RHS Whitfield Prize. My articles on topics including cannibalism, intoxicants, wit poetry, and Jamestown archaeology appear in The Historical Journal, Anthropology Today, and the 'Virginia 1619: Slavery and Freedom in the Making of English America' edited volume. I am an AHRC/BBC New Generation Thinker for 2021.

As a postdoc on the ERC-funded TIDE project (Travel, Transculturality, and Identity in England, 1550 – 1700), I have recently co-authored a volume on early modern keywords about migration, race, and identity (you can access an early version at: http://www.tideproject.uk/keywords-home/). I am interested in English political culture in its broadest sense, from the development of ideas about colonization and empire in legal and political discourse to how politics operated in practice, through social relations, performance, and visual and material culture.

At the heart of my research is a larger commitment to exploring what 'decolonizing' means for heritage sites and education today. I have worked with various museum collections and archaeological sites to develop ways of using artefacts, oral histories, and historical anthropology to re-interpret Anglo-Native American relations and colonialism in the seventeenth century. I am currently developing my next book-length project on early Stuart women and empire. I will be adopting a comparative approach to plantation sites to investigate the relationship between English plantations and domestic estates, exploring transatlantic landscapes through poetics, archaeology, and the assemblages of goods in country houses.

Introduction to 'From Silk Roads to Tudor Ships: Poetry and Porcelain Dream-Worlds'

Introduction to 'From Silk Roads to Tudor Ships: Poetry and Porcelain Dream-Worlds'

A collaboration between TIDE, the World Museum (National Museums Liverpool), and the poet Sarah Howe

Teaching resource for KS3 and KS4 teachers on the 'Global Tudors'

Teaching resource for KS3 and KS4 teachers on the 'Global Tudors'