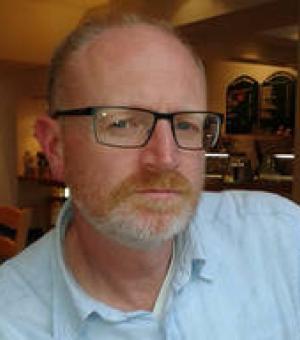 I work on British political and religious history, mainly in the first half of the nineteenth century. My initial interest in reactionary and paternalist politics during the age of reform took me to the subject of the social and political thought of the Oxford Movement, and my doctoral work on that subject culminated in an OUP book of 2004, Tractarians and the 'Condition of England'. I am currently working on a book on Peel and religion, with particular attention to the political consequences of the Maynooth Grant controversy.

My interests lie in nineteenth-century British political and religious history.

I have written variously on paternalist and reactionary thought in the 1830s and 1840s, and my book on the political and social thought of the Tractarians was published by Oxford University Press in 2004. I have contributed a number of individual and group entries on clergymen, writers, and motorcycle racers to theOxford Dictionary of National Biography, and am currently working on religion and Peel in the 1830s and 1840s. I have broadcast on subjects ranging from Queen Victoria to speedway racing.

Past supervision topics include Canning and toryism, Sir James Graham and party, the historical outlook of J. M. Neale, popular Conservatism in the 1830s, and Gladstone's historical intelligence; present topics include Spencer Perceval's evangelicalism, anti-Peelite Conservatism in the 1830s and 1840s, intellectuals and the Eastern Question, and Disraeli's religious thought. I am a convenor of the Modern British History graduate seminar.

I would like to hear from potential DPhil students regarding early and mid-nineteenth-century British political and religious history.

I would like to hear from potential Masters students regarding early and mid-nineteenth-century British political and religious history.