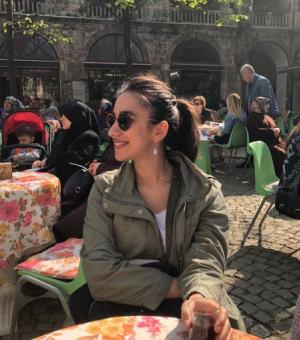 My doctoral project studies Ottoman governance of disease and health in Baghdad in the nineteenth-century with a focus on epidemics, specifically plague and cholera. Positioned permeably within the disciplines of environmental history, Ottoman studies and imperial history, my research situates natural factors in its center while approaching these as a lens through which social and political processes in an Ottoman province can be examined. My broader research interests include social histories of Arab provinces of the Ottoman Empire, intellectual histories addressing the relationship between humans and nature, and global networks of knowledge in the nineteenth-century.

Before starting my DPhil in 2017, I completed the MPhil in Modern Middle Eastern Studies at Oxford. My master’s dissertation was on Ottoman governance in Iraq between 1869-1871 through an analysis of the official newspaper of Baghdad, Zevra. Before coming to Oxford, I worked for a number of years in international non-profit organizations as well as the Turkish parliament and spent a year studying Arabic in Cairo, Egypt.

I was the recipient of the Hadid Doctoral Scholarship of the Middle East Centre of Oxford University in 2019-2020.

I have been a tutor for undergraduate students on the following courses: