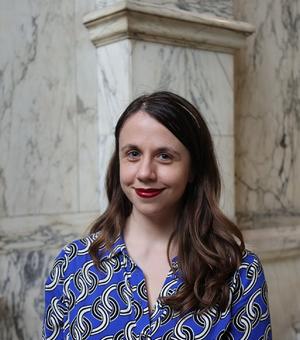 I am a historian of early modern Mexico with a particular interest in the social lives of Indigenous Nahua communities and their interactions with the Spanish colonial state. My work also connects to the study of gender, legal history and drinking studies/food history.

I received my PhD from the University of Leicester in 2021, where I also taught early modern history and worked as a research associate on the AHRC-funded project 'Alcohol, Race and Ethnicity: The United States, Mexico and the Wider World, 1845-1940'. During my doctoral research, I was also a Beca Teixidor visiting researcher at the Universidad Autónoma Nacional de México (UNAM) in Mexico City. Prior to my doctoral study, I completed a BA in German and Arabic and an MA in History at the University of Manchester.

I am interested in how those living under colonial power regimes contest, negotiate and represent their status and identities in society, primarily in the context of Indigenous peoples and the Spanish global empire.

My doctoral thesis, which I am developing into a monograph provisionally titled 'The Heirs of Mayahuel: Alcohol, Negotiation and Nahua Communities in Early Colonial Mexico', is a social history of the pulque trade in Mexico during the 16th to 17th centuries. Pulque, a traditional alcoholic drink produced by fermenting the sap of the maguey plant, was initially viewed with suspicion by the colonial administration and even banned during the late C16. By 1668, however, Nahua pulque traders had so successfully developed this form of commerce that the same administration was eager to obtain a cut of the revenue. The book project explores how Nahua alcohol producers created and articulated relationships with the colonial government through their use of the legal system, demanding their rights as subjects of the Crown whilst defending their production of a drink central to traditional Nahua culture.

During the research process, I also became interested in the questions of value, identity and tradition connected with plants native to Mexico and how Indigenous communities used these plants in the colonial world. My next project aims to shift focus from the transatlantic migration and commodification of Mexican plants (e.g. cacao) to consider how human-plant interactions developed within colonial Mexico and how these relationships materially influenced the social lives of Nahua, Maya and Zapotec communities.

The Global Empires of Spain and Portugal, 1400-1800: Comparisons and Connections