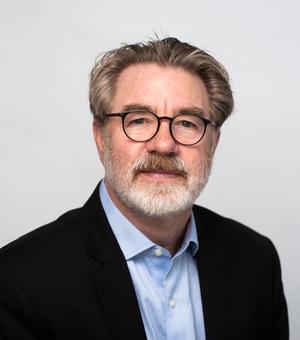 Professor of the History of Art
Trinity College
geoffrey.batchen@history.ox.ac.uk

A specialist in the history of photography, I taught art history in Australia, the United States and New Zealand before coming to Oxford in 2020. I began my career as a curator, but have also edited art magazines, hosted a radio show, and published a variety of books. My writing has been published in 23 languages to date and my curated exhibitions shown in Brazil, Australia, United States, Netherlands, UK, Iceland, Japan, Germany and New Zealand. I have a particular interest in the early history of photography but often bring this into conversation with the present, and especially with contemporary art practices.

Roland Barthes once described photography as a “revolution in human consciousness.” My research has explored various aspects of this revolution, with a particular interest in the way that photography mediates every other aspect of modern life, whether we're talking about sex or war, atoms or planets, commerce or art. In my first book I began at the beginning, with the question of photography’s origins, exploring the conditions of possibility which allowed the medium to be conceived at the end of the eighteenth century. Always attracted to what lies at the margins of my discipline, subsequent work examined so-called vernacular photographic practices, opening the field to a consideration of ordinary and banal photographs (such as snapshots, commercial photos, and objects like photographic jewellery) but also to indigenous and local photographies found in cultures other than my own.

I have written books, for example, about the relationship of photography and memory, treating the photograph as a multi-sensory object that often has complex things to say about subjectivity, space and time. An exhibition project gave me an opportunity to write a global history of photography, but one restricted to just those photographs made without a camera. This was therefore a history very much about the materiality of the photograph, looking at both vernacular and artistic examples. More recently, I have been concerned with the reproduction and dissemination of photographic images, and thus with second-order photography, such as the wood engravings made after daguerreotypes that were printed in the Illustrated London News in the 1840s and ‘50s, or the half-tone images that dominated the world’s press in the twentieth century. Any study of dissemination cannot help but reflect on the divided identities that result from this process and on the political economies that facilitate the traffic in photographic images. This includes both the advent of digital capitalism and the machinations of the contemporary art world. In this context, I frequently find myself writing about contemporary art practices that, consciously or not, engage in conversation with the medium’s own history.

A forthcoming book, for example, traces the role of the negative in photography’s history, from its invention until now, another aspect of the medium usually ignored in traditional histories. This tracing gives me an excuse to ponder the binary nature of the medium even while offering another global account of its history. I consider exhibition-making to be an important part of my research, giving it a more public profile and allowing an engagement with actual photographs. This concern for the play between the materiality and immateriality of the photograph links my research to broader issues central to the discipline of art history, at a time when that discipline faces the challenge of asserting its continued relevance to everyday life. My next project will attempt a history of early British photography, thereby directly addressing itself to key issues like nationalism, colonialism, capitalism, and migration as well as to the nature of history-writing itself. The history of photography remains a field of study open to an incredible diversity of approaches and voices, making its future excitingly unpredictable and rich in possibilities.

An engaging and provocative account of photography’s first commercial applications in England and their global implications. This book addresses a persistent gap in the study of photography’s history, moving beyond an appreciation of single breakthrough works to consider the photographic image’s newfound reproducibility and capacity for circulation through newsprint and other media in the nineteenth century.