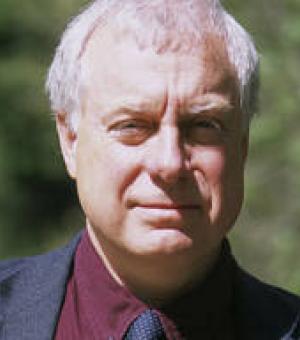 I work on French and European history in the nineteenth and twentieth centuries, with  particular interests in the fall-out from the French Revolution, everyday life and resistance in the Second World War and 1968. I have written on collective memory and political culture in France and directed an international oral history project on Europe’s 1968. More recently I have directed another international project on transnational approaches to resistance in Europe between the Spanish Civil War and the Cold War (1936-1948) and written a book on the legacies of empire in France and Britain between 1940 and the present.  Currently I am writing an oral history of the 1984-5 Miners’ Strike in Great Britain.

I have been studying modern French history for forty years. My interests are in both la  France profonde and revolutionary France, as illustrated by Education in Provincial France  (1982) and Children of the Revolution. The French, 1799-1914  (2008). Similarly, my work on France under the German occupation involved both a provincial, anthropological study of communities in Marianne in chains (2002) and a study of individual and networked resistance in Fighters in the Shadows  (2015).

My work on the education in nineteenth-France alerted me to ways in which French politics and culture has been shaped by conflicts and loyalties that can be traced back to the French Revolution, if not to the Wars of Religion. I wrote The Past in French History (1994) to explore the construction of collective memories of wars and revolutions, often through commemoration, and their interplay with political cultures since the Revolution. Individual memory and oral history I approached later, seeking to understand how ordinary people coped with life under the German occupation. Oral history then became the methodology of the five-year international project I ran on 1968, involving fifteen historians working on activists from Spain to the USSR, published as Europe’s 1968. Voices of Revolt (2013). After that I interviewed former resisters for Fighters in the Shadows (2015) and former miners, miners wives and their children involved in the 1984-5 Miners’ Strike.

In recent years I have become much more sceptical about writing history in a national framework, and have experimented with transnational and global approaches. Fighters in the Shadows  underlines the importance of resisters of foreign origin in the French Resistance and gave rise to another international collaborative project on ‘Transnational Approach to Resistance in Europe, 1936-48’, running from 2015 to 2018. My work on the French Resistance also brought home the importance of France’s colonial empire in its 1944 liberation and the paradox of its liberators returning to refound the empire in Vietnam and Algeria, using the same brutal methods against colonial rebels that the Third Reich used against the Resistance. The legacy of the empire in French metropolitan politics was the subject of my Wiles lectures in Belfast in 2013 and introduced me to global history. Writing these up, I was soon persuaded that this subject had to be studied comparatively with the British empire and its legacy, for a book entitled Empires of the mind (2019).  Ironically, every shocking subsequent event from the Charlie Hebdo killings to the Brexit vote seems to confirm the thesis I developed.

This landmark book, the product of years of research by a team of two dozen historians, reveals that resistance to occupation by Nazi Germany and Fascist Italy during the Second World War was not narrowly delineated by country but startlingly international. Tens of thousands of fighters across Europe resisted 'transnationally', travelling to join networks far from their homes. These 'foreigners' were often communists and Jews who were already being persecuted and on the move. Others were expatriate business people, escaped POWs, forced labourers or deserters.

Robert Gildea - Empires of the Mind: The Colonial Past and the Politics of the Present (CUP, 2019)

Robert Gildea - Empires of the Mind: The Colonial Past and the Politics of the Present (CUP, 2019)

'The empires of the future would be the empires of the mind' declared Churchill in 1943, envisaging universal empires living in peaceful harmony. Robert Gildea exposes instead the brutal realities of decolonisation and neo-colonialism which have shaped the postwar world. Even after the rush of French and British decolonisation in the 1960s, the strings of economic and military power too often remained in the hands of the former colonial powers.

Fighters in the Shadows. A new history of the French Resistance (Faber & Faber 2015)

Fighters in the Shadows. A new history of the French Resistance (Faber & Faber 2015)

The story of the French Resistance is central to French identity, but it is a story built on myths. Not simply an effort to free the country from German occupation, it was part of a Europe-wide anti-fascist struggle, which included Spanish republicans, Italian and German anti-Nazis, communists, Jewish resisters and Christian rescuers.

By the late 1960s, in a Europe divided by the Cold War and challenged by global revolution in Latin America, Asia, and Africa, thousands of young people threw themselves into activism to change both the world and themselves. This new and exciting study of "Europe's 1968" is based on the rich oral histories of nearly 500 former activists collected by an international team of historians across fourteen countries.

The Best Book About France in the Second World War

The Best Book About France in the Second World War

Book at Lunchtime: Empires of the Mind

Book at Lunchtime: Empires of the Mind

In Our Time: The Siege of Paris

In Our Time: The Siege of Paris

Wiles lectures, Belfast, 2013: Remembering and Repetition in France: Defeat, Colonialism and Resistance since 1940