Why were the Jews expelled from England in 1290?

In 1290, the entire Jewish population of England (about 3,000 people) was expelled from the country on the orders of Edward I.

Jewish people had only been in England since the Norman Conquest, invited to settle there by William the Conqueror. From the late eleventh century onwards, the Jewish community quickly became an essential part of the English economy: Jews were permitted to loan money at interest, something Christians were forbidden from doing. Jewish settlements in important towns such as London, Norwich and Lincoln prospered. England’s Jews were skilled individuals, who worked as doctors, goldsmiths and poets. But lending money was their primary source of income, and Jewish people were fundamental to the working of the English economy. Jewish lenders provided loans for many of the most important figures at the royal court (for the purchase of castles, payment of dues to the king, etc). They were also exploited by kings, who were often in dire need of money.

How, then, do we explain the decision to expel the Jews, and the 1290 Edict of Expulsion?

Answering this question requires us to consider both long-term changes in Christian attitudes towards Jews and immediate political circumstances. From the beginning, Jewish people were under the protection of the crown. This meant they had a special relationship to the law: they were ‘servants’ of the king. They were administered by a special court, and did not have the same legal status as ordinary English people. On one hand, this provided a measure of protection for Jewish communities, but only so long as kings were willing to make good on this protection. The reign of Henry II (1152-89) is generally seen as a time when Jewish privileges were protected.

But from the middle of the twelfth century, there was growing antisemitism in England and across Europe. In part, this was fuelled by something called the ‘blood libel’: fabricated allegations that Jews abducted and murdered Christian children for magical rituals. The official stance of the Church slowly shifted from tolerance of Jews to increasing hostility. This influenced the views of ordinary people.

Anti-Jewish feeling was also linked to the crusades, which began in 1096. Christians trying to reclaim the holy land (including famous crusading kings like Richard I) increasingly saw Jews as ‘Christ-killers’, against whom violence could legitimately be used. There were outbreaks of anti-Jewish violence in 1189 and 1190, at the death of Henry II and when the crown’s power was weakest. Mob violence led to attacks on the Jewish community in London, and the massacre of the Jewish community in York (Figure 1).

To some extent, however, this violence had settled down by about 1220, and communities recovered. But attitudes continued to harden. This was also influenced by financial pressures. Kings, especially Henry III (1216-72), tried to extract large sums of money from the Jewish community as taxes and forced ‘gifts’. In order to pay these sums, Jewish lenders often sold on the debts owed to them by Christians, and the new owners of the debt pressured the debtors to pay up. As English knights became increasingly indebted, Jewish lenders got the blame. In Parliament, from the 1260s onwards, local representatives demanded measures be taken to curb Jewish lending. It is likely that these changes contributed to several thousand Jews deciding to leave England.

Jewish lenders often sold on the debts owed to them by Christians, and the new owners of the debt pressured the debtors to pay up. As English knights became increasingly indebted, Jewish lenders got the blame. In Parliament, from the 1260s onwards, local representatives demanded measures be taken to curb Jewish lending. It is likely that these changes contributed to several thousand Jews deciding to leave England.

By 1275, Edward I decreed that Jews could no longer loan money for a living and would have to convert to being merchants, labourers or owning farmland. This statute also confirmed long-standing rules for Jews, e.g. requiring Jews to wear badges (in the shape of stone tablets) to identify them (Figure 2). By 1290, Edward was under pressure: having run up large debts waging war abroad, he needed to negotiate a financial settlement. But Parliament’s permission was needed before a tax would be raised. One thing Edward was willing to barter was the remaining Jewish population. In return for an Edict of Expulsion, Parliament granted Edward a tax of £116,000 – the largest single tax of the Middle Ages.

Jews did not return to England until the 1650s, when they were invited to resettle by Oliver Cromwell. 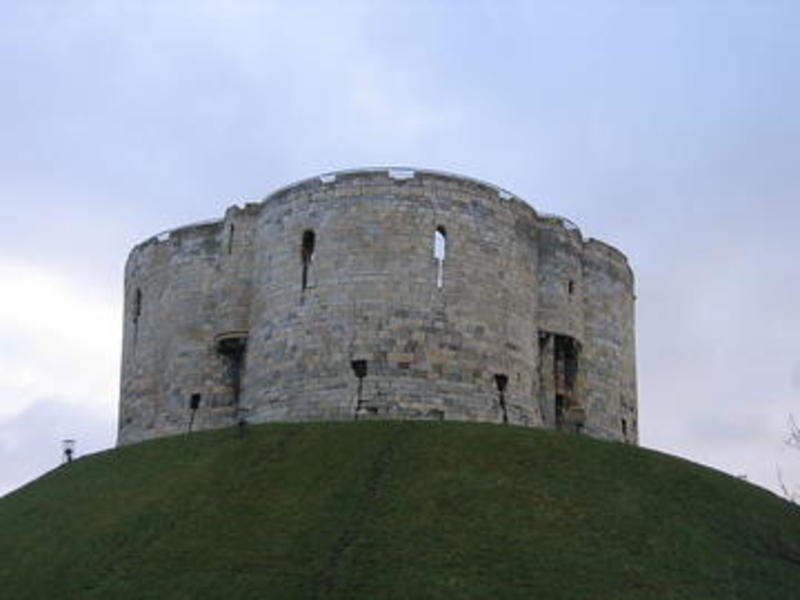 Figure 1 - Clifford's Tower, the place where the Jews of York were massacred in 1190 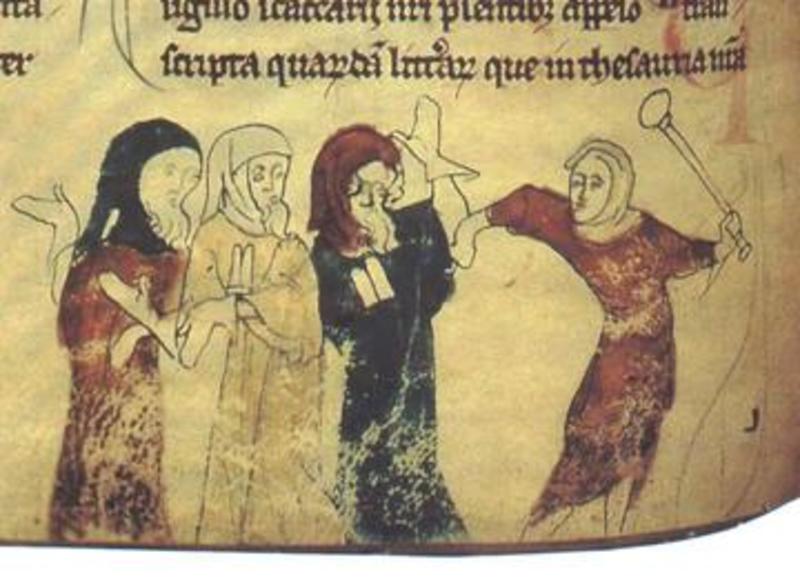 Figure 2 - An image of Jews being beaten from a thirteenth-century English manuscript. The figures in blue and yellow are wearing a badge in the shape of two tablets, identifying them as Jews.