This strand of our one-year MSt or two-year MPhil in History is the equivalent of a free-standing Master’s in the history of war. For more details on the organisation of these programmes, click the links above. 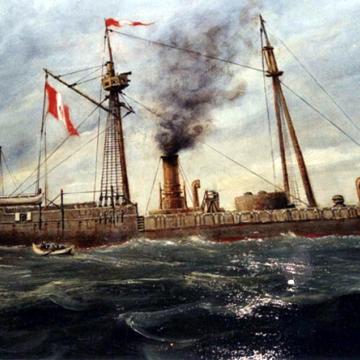 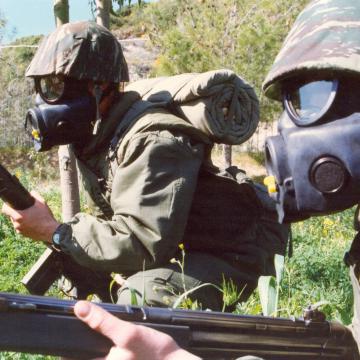 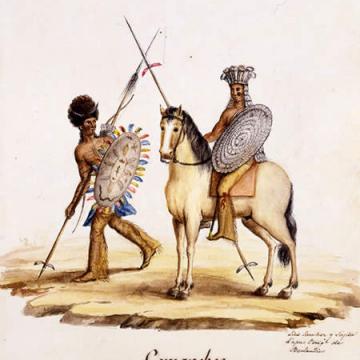 The history of war is currently a major field of research.  The narrow approaches of more traditionally defined military history have been replaced by a broader agenda which seeks to understand conflict as part of the wider human past. The changing character of war has contributed to this, shifting attention away from the previous preoccupation with conventional wars between states, to see how armed struggles have been waged by a variety of different actors with hugely varying impacts on society, economy, culture and environment, as well as differing political implications.  This programme will provide students with the structured intellectual environment and academic framework to study war across the sweep of human history.  It will serve either to complete their university education in history, or as a foundation to further doctoral study.

Alongside the Theory and Methods and Skills courses, students spend their first term studying Sources and Historiography. This will embed core graduate skills and subject-specific historiography and methodology within an exploration of the organisation, conduct, impact and broader context of warfare from the ancient world to the present day.  A key goal will be to encourage students to recognise how war in human history can only be fully understood when a study of the more ‘technical’ aspects are combined with a fuller appreciation of the broader historical context of past conflicts. The course will explore the relationship between war’s changing character and wider historical change.  Other key topics will include aspects such as warfare in contemporary memory, cultural perceptions of war, warfare and gender, ethics and genocide, war and empire, supply and logistics, war and ideology, combat, mobilisation etc.

In the second term, students take one of a wide portfolio of Option courses.  Those particularly relevant to the history of war typically include:

In recent decades the political history of early modern Europe has re-invented itself in dialogue with social, economic and cultural history. Analyses of state formation and political culture have aspired to replace biographies of statesmen, narratives of party struggle and genealogies of institutional development. This course examines a series of themes in the development of early modern states to test models of political change on a range of societies from the British Isles to Eastern Europe. It aims to equip those interested in reformations, counter-reformations, rebellions, courts, parliaments, towns, nobles, peasants and witches – and in statesmen, factions and institutions – with the ideas and comparators needed to frame a sophisticated research project in their chosen field. Class topics will include:

Europe in the Twentieth Century

This option approaches the history of 20th-century Europe by testing the concepts of national, transnational and international history and their possible interactions. It will not compare the history of individual European countries, but rather explore how notions of regional, national, transnational and international history have been used to organize and interpret the history of 20th-century Europe. While the course is firmly rooted in the empirical history of Europe and its relationships to the wider world in this period, it will foreground questions of interpretation. These will include exploring the scope and limits of approaches to political, economic and social history based on concepts of the national, transnational and international, and assessing the advantages and disadvantages of destabilizing the dominant conventions for writing the history of Europe in the last century. The course is intended both for students who want an introduction to this history and for those who want an opportunity to extend and reconsider their existing knowledge of it. Among topics that may be covered are:

War in the Modern World

This course is an introduction to the history of warfare since ca.1780, taking the emergence of revolutionary warfare and the military divergence between Europe and the rest of the world as its starting-point. The course is organised both thematically and chronologically. Students will be asked to assess whether the turn of the 18th and 19th centuries saw the emergence of a new epoch in warfare, one marked within Europe by the emergence of mass conscript armies, and beyond it by a recent but rapid European military divergence from the rest of the world. They will explore the topics of war and empire – wars of colonial conquest in Asia, America and Africa in the 18th and 19th centuries – and be encouraged to explore whether this was enabled or facilitated by the developments of the military revolution. They will explore the distinctive forms and functions of warfare which emerged in the 19th century, notably the relationships between war and the various nation-building projects at the time, and the racialized violence of colonial warfare. ‘War and Technology’ will look at how certain types of technological advance – notably rifled weaponry, steam-powered, iron-hulled armoured warships, and later air power and land armour – transformed the way wars were fought, and the international relations surrounding them, while also exploring the role of medical science in warfare. The topic of Life, Death and the experience of war will ask if historians can recreate the subjective experience of the battlefield, and the medical and psychological consequences of warfare. ‘Total War’ will explore the total mobilisation of societies to meet the demands of 20th-century warfare, focusing on the First and Second World Wars.

Warfare and the Military in African History

*Please note, this option is taught over 8 weeks*

This course will explore the role of warfare and the military in the course of Africa’s history, from the fourteenth to the early twentieth century.  It aims to place the organisation of armed conflict and the evolution of military culture at the centre of the analysis, and posits the need for a long-term understanding of both.  In approaching the topic from a longue durée perspective, the paper will explore the extent to which organised violence in Africa has deep historical roots.  Students will therefore be encouraged to consider the key drivers of Africa’s developmental trajectory, and to think of warfare in constructive as well as destructive terms.

The course will combine broad themes as well as specific case studies from across the continent.  It will explore the manner in which warfare has shaped Africa in socio-economic, political and cultural terms, and specifically the role which warfare has played in the emergence of a range of state and non-state systems, and in the development of military cultures, across the continent.  Key topics for study will include changing social formations; the growth of identities based on violence and militarism; the relationship between military and political administration; the economics of African war; and the range of technologies developed and employed across the continent.  Throughout, the course will consider the global context within which conflict in Africa occurs, exploring external factors whether in the form of commercial linkages or imperial intrusions.

This course examines manpower as both a physical and political concept during the early modern period. It traces how bodies changed alongside the development of methods to assess, discipline, and cultivate their vitality, linking the development of scientific methodologies to imperial and state formation. The course illuminates the relationship between bodies and state power in early modern Europe, showing the dynamism and flexibility of both.

This is accomplished through a comparison of approaches to manpower from a variety of historical disciplines: anthropometrics; economics; warfare; medicine; science and technology; state and imperial formation. Course readings examine how bodies changed and grew over the seventeenth and eighteenth centuries, as well as how they were measured, regulated, and exploited.

Methods of assessing population strength, as well as debates over medicine’s role in population growth, will be used as tangible examples of early modern political theory and practice. Readings, both primary and secondary, engage with theory on the modern state, to place military and medical history within the broader context of the formation of early modern states and empires, and to evaluate assumptions about scientific methodologies and political authority.

The main aim of this course is to illuminate some of the more important aspects of the relationship between medicine and warfare in the period from the early nineteenth century through to the twentieth century. The over-arching theme of the course is the role of medicine in the emergence of ‘modern’ forms of warfare, particularly the contribution that medicine made to manpower economy, discipline and morale. Examination of these themes will enable students to comment critically on the work of theorists of modernity such as Max Weber and Michel Foucault and to place military-medical developments in the context of recent historical scholarship on the ‘military revolution’ and the growth of modern states.

The course also examines the relationship between war and medical innovation and between war and welfare provisions. Study of these subjects will entail critical evaluation of the arguments advanced by historians such as Jay Winter and Roger Cooter, and of relevant social and cultural theory.

The study of the History of War at Oxford is characterised by temporal and spatial breadth, as well as the multiplicity of approaches to understanding past conflicts.  Chronologically, current research ranges from ancient world to the late twentieth century, with particular strengths in early modernity and the period after the mid-nineteenth century.  The main areas for the middle ages are Byzantine and crusader warfare. Geographically, Europe is the primary field with particular strengths for German, French, Belgian, Spanish, British and Irish history.  Warfare in early twentieth-century China and India are also major fields, as well as nomadic warfare, and colonial and post-colonial conflicts especially those in New Zealand, Africa and the Middle East.  Important thematic interests include mobilising resources for war, military institutions, naval warfare, military-civil relations, war and gender, war and humanitarianism, disease, imperialism and war.  The history of war is connected to other historical fields and to other disciplines through the research of many scholars who study the wider impact of conflict, as well as how war and violence are perceived and remembered. Particular areas of interest include the environmental impact of twentieth-century conflict, war and ideas of nation-building, and the relationship between the changing character of war and scientific and technological development.  The majority of staff pursuing this research are based in the Faculty of History, including the related Wellcome Unit for the History of Medicine.  Others are in the Department for Continuing Education and the Department for International Development.  There are strong collaborative links through TORCH, notably the Globalising and Localising the First World War project, as well as with the Changing Character of War programme based in Pembroke College.

See all their websites for more details of their research interests, and for the full range of topics on which they would be interested in supervising graduate students, only partially captured by the brief descriptions above.

Faculty seminars bring together staff, doctoral and master’s students working in the field, to hear speakers including doctoral students, external and internal to the university.

We normally take about 8 MSt students and one or two MPhil students in this area, but numbers vary from year to year and we are able to be flexible.  If you have any questions about our admissions procedure, please check the University admissions pages and/or contact Graduate Admissions. You can also contact any of the academics in your relevant area of study. You can filter the Academics page by period, region or specialism.