This strand of our one-year MSt or two-year MPhil in History is the equivalent of a free-standing Master’s in American History. 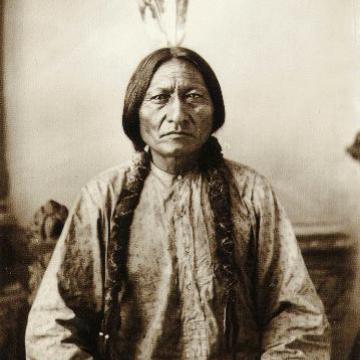 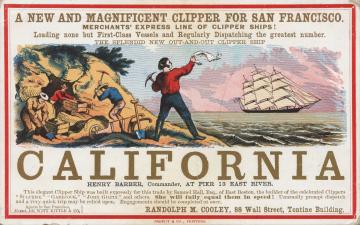 Alongside the Theory and Methods course, students spend their first term studying Sources and Historiography. The seminars cover the major developments in historical writing from the professionalization of the discipline at the start of the 20th century through to the end of the century, focusing in particular on recent developments and debates. The seminars also include sessions on bibliography, primary sources and planning the dissertation. Each student is assigned an adviser who provides specific skills training in classes or tutorials during Michaelmas and Hilary Terms

In the second term, students take one of a wide portfolio of Option courses.  Those particularly relevant to US History typically include:

This course will explore the working and domestic lives, ideas, resistance efforts and productions of African and African descended women in the Anglo-American world from the early modern era to the middle of the 19th century. Its subjects will include both enslaved and free black girls and women in British North America, the Caribbean, and West Africa. Major topics discussed include: the process of female enslavement and the black female in the Atlantic slave trade; the enslaved and free black female’s social, cultural and working lives; black female as sexual being/object; reproduction and motherhood; female resistance, maroonage and fugitivity; political voices and action; and autobiography, subjectivity and archives. Reading and source materials include primary and secondary readings and local archival explorations. They are marked below as required and optional/suggested.

Transnational approaches to US religious history have significantly enhanced our understanding of  America’s engagement with the wider world. This optional module explores how Catholic and Protestant missionaries and evangelists helped to establish American political and cultural influence abroad and were transformed through their experience in the mission field since the mid-19th century and throughout the 20th century. It pays particular attention to the complex racial and gender hierarchies at play in the mission field, the occurring conflicts between imperial ideology and missionary commitment, and the interactions between US missionaries and local religious contexts in Europe, Asia and Africa, which affected traditions and transformed power relations.

We will explore how US missionaries and evangelists contributed to the rise of global humanitarianism, to the creation of what Ian Tyrrell called America’s 'Moral Empire', and to the establishment of US hegemony and cultural influence abroad in a Cold War world. Constantly shifting the perspective between the global and the national, the module will explore the extent to which missionary work challenged and transformed the identity and worldview of US Christians working overseas, for example with regard to race and segregation, and how the knowledge, narratives, and images they fed back into the political and religious discourse at home changed the United States.

Oxford’s American historians offer guidance in a number of specialties. Particular strengths include Native American history, history of women and gender, borderlands history, transnational and transimperial history, history of the state, history of capitalism, intellectual history, environmental history and history of race. The Harold Vyvyan Harmsworth Visiting Professorship makes Oxford unique among British universities by every year enabling a distinguished American historian to spend a year in Oxford teaching, researching and leading seminars. Our seminars take place at the Rothermere American Institute, the foremost academic institution beyond America’s shores for teaching and research in American history, US politics, international relations, literature, and culture. A visiting speaker seminar features leading scholars presenting cutting-edge work in the field and forms an integral part of the MSt course.

We normally take about c.12 MSt students and one or two MPhil students in this area, but numbers vary from year to year and we are able to be flexible.  If you have any questions about our admissions procedure, please check the University admissions pages and/or contact Graduate Admissions. You can also contact any of the academics in your relevant area of study. You can filter the Academics page by period, region or specialism.